I am completely enthralled with Tate’s new mobile game, Race against Time. I’m actually rather addicted, but am currently stuck in the mid 1970’s … the goal is to get  to the present day.

The game is based on an art history timeline with famous paintings appearing through out. As the picture above shows, players can access power ups to help them on their journey, but must avoid obstacles and enemies such as art attackers!

Each decade forms a level, when you complete a level you get access to information on the art movements featured. The image below shows a futurist image alongside the graphic it inspired. 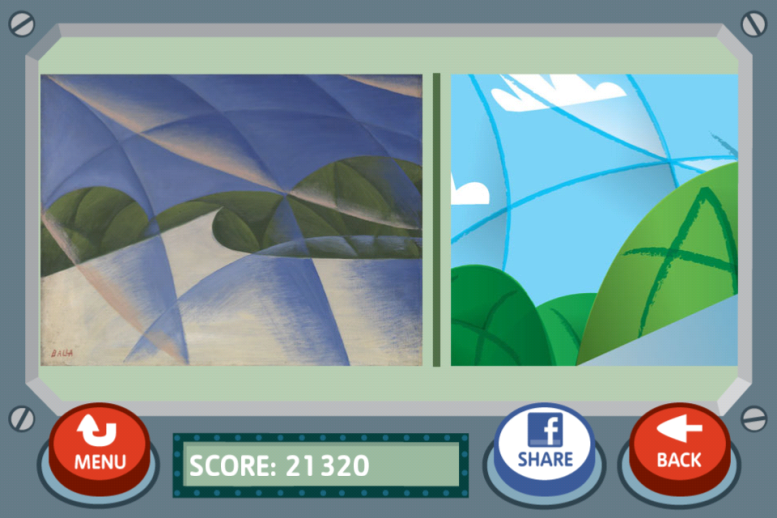 Alongside the strong links to art history in the app, another really clever feature of this game is the emphasis that it places on going to Tate Modern. To access Turbo Power, you have to actually be in the Tate Modern building. 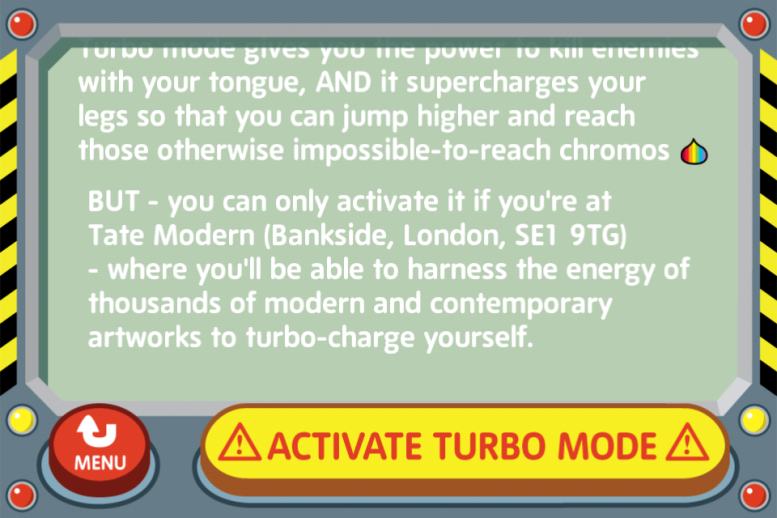 I really like the game, it’s great for when you have 5 minutes to kill, but I think I may be stuck in the 1970’s until my next visit to London. Did I mention it’s free? …. and is available in the app store now, so yes it’s great, go and get it, but you may find yourself being very unproductive for the next few days (although on a plus note your knowledge of Art History will have increased!)